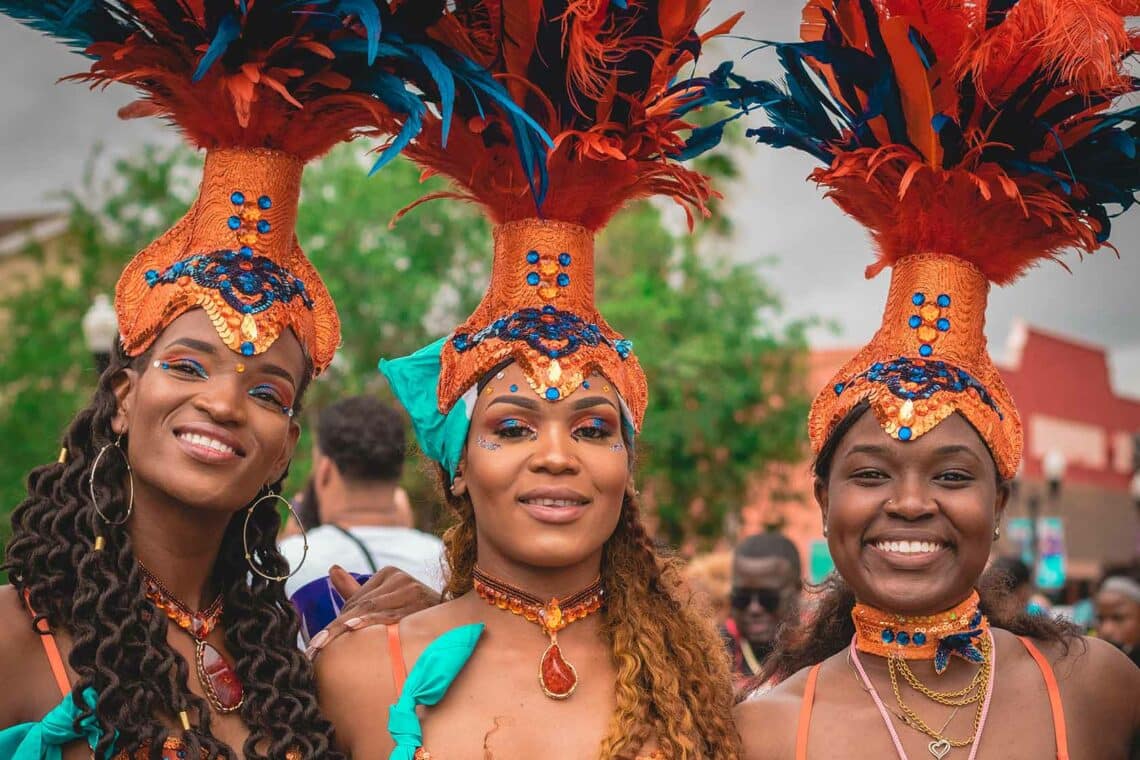 Carnival in Jamaica is one of those events you simply have to experience for yourself. A Jamaican carnival has all the characteristics of a typical Caribbean carnival but adds certain distinctive features of Jamaican culture that make it unique and rather special. It is a celebration full of vibrant and colourful energy. An omnipresent mix of Soca, Calypso, Reggae and Dancehall music genres and rhythms that can be heard constantly in every event.

Jamaican Carnival attracts over 100,000 people. These party-goers include locals, tourists and people travelling from every corner of the island to celebrate. Jamaican Carnival is the biggest party of the year and the most genuine expression of this island’s spirit, for which young and old spend months preparing.

Jamaica being the birthplace of Reggae, this is the most distinctive musical style you will hear at the carnival. It is the quintessential genre for these events and, in Jamaica, the whole island becomes one huge stage for people to enjoy this music. 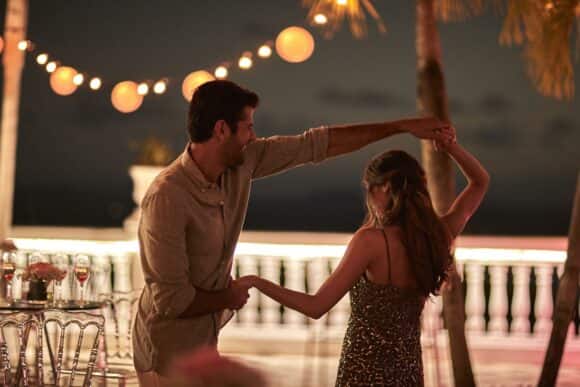 Here is everything you need to know about Jamaican Carnival.

Carnival is celebrated in many countries throughout the Caribbean, including Jamaica. The famous street party in Trinidad is thought to have a significant influence on Jamaican Carnival, which is bursting with trinity steel drum bands, costume designers and Soca parties. Jamaican Carnival, or “Bacchanal”, originated in 1989 when a group of local lads called the Oakridge Boys wanted to attend the carnival in Trinidad and Tobago but were unable to afford it and so decided to organise a masquerade in the streets of their own capital, Kingston.

The National Carnival March is the biggest part of carnival in Jamaica, a costume parade in which dozens of bands play their music and compete with one another. Thousands of people fill the streets for this day when the whole island comes together to celebrate and dance in the most impressive and colourful of costumes. Bob Marley and Calypso bands have a huge influence on the Jamaican Bacchanal. Meanwhile, the Soca parties and music make it the greatest celebration of Jamaican culture, bringing the most festive elements to the event. 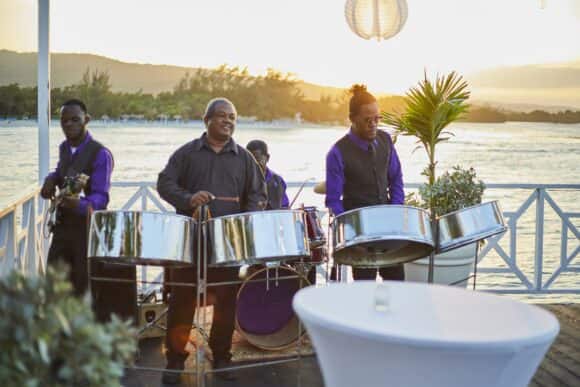 When is Jamaican Carnival celebrated?

Jamaican Carnival is usually celebrated from Easter Sunday until the end of the following week. In the run-up to the Jamaican National Carnival, weekly events take place in March full of entertainment for the entire island. There are beach parties, fêtes, J’Ourvert, small street parades, competitions and lots of live music concerts. A whole bunch of weekly Soca parties take place during the two months before the grand parade, at which the local people celebrate all night long.

It is an excellent opportunity to get together for a parade and a street dance with groups of people in extravagant costumes, creating the perfect atmosphere for a crazy celebration. The best way to see all this for yourself is to come and experience Jamaican Carnival in person.

How is carnival celebrated in Jamaica?

Jamaican Carnival mainly takes place in the centre of Kingston and other tourist destinations. The four main costume groups are based in Kingston, and one other in Ocho Rios. This is also where the main street parades take place, as well as special performances with international and local music talent. Huge crowds gather along the parade routes, with market stalls and barbecues set up to celebrate the party.

The loud music provides the perfect soundtrack for endless dancing and entertainment. Anyone coming to these events will enjoy themselves like never before at a parade that celebrates the here and now.

Carnival-goers dress up in their best colourful clothes, while magnificent costumes bring life to the streets. The costumes people wear are adorned with jewels, feathers, headpieces and wings.

There are so many genuine works of art that you simply won’t believe your eyes.
The electrifying atmosphere and raw flavour of the Caribbean delight visitors year after year. 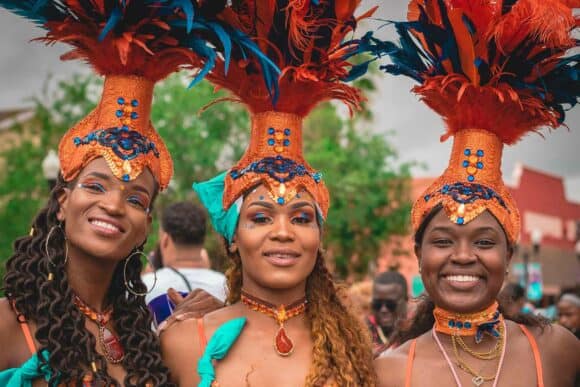 Furthermore, as Jamaican Carnival grows in popularity, so too does the number of festivals in Jamaica. That’s why we encourage you to visit Bahia Principe Runaway Bay to make sure you don’t miss out on any of the fun in Jamaica. Jamaican Carnival will be celebrated at our hotels with a fusion of incredible local food, music, costumes, colour, rum and joyful happiness. Let yourself be carried away by the exhilarating carnival joviality in the purest Bahia Principe style.

What are you waiting for? Come and enjoy the Caribbean, Jamaica and its carnival. 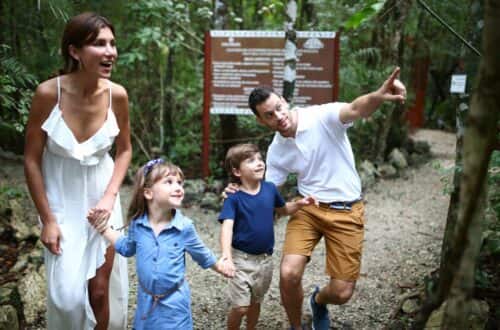 What is ecotourism and how can I care for the planet while vacationing? 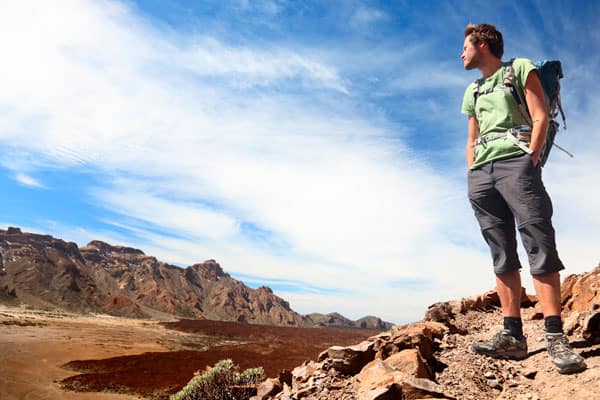 6 benefits of the sea you may not know about